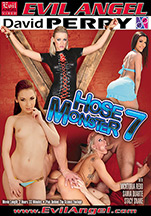 Write a review about Hose Monster 7: