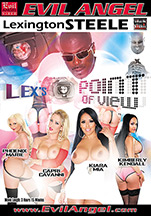 Write a review about Lex's Point Of View: