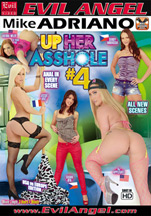 Write a review about Up Her Asshole #4: